Home »About Us »Meet Helen 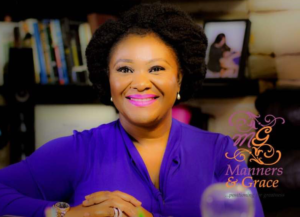 Helen Ebhaleme is the founder and CEO of Manners and Grace Limited. Her various job roles in Government and the Financial arena over the last 26 years prepared her for this eventuality, from coordinating Protocol in a State Governor’s Office, to Branch Banking, Human Resources and creating Service improvements in one of Africa’s biggest banks. With immense cross-cultural experiences, having met, lived and worked with people of diverse cultures and nationalities and her personal golden rule – ‘treat others as you would want to be treated’, which has guided her interactions since childhood, it became inevitable that Helen would someday transit from the corporate world of banking to a career in Etiquette Consulting. She refers to her endeavour in the field of Etiquette as a profession, as one of great emotional reward, as it will afford her the opportunity to live her dream of making society a more polite, friendly and happy space. 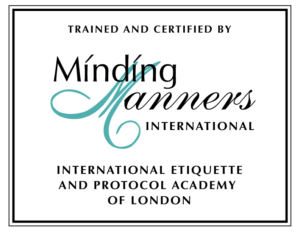 Scroll Up
Press f for fullscreen.